What is the best silicate for concrete?

First of all, it's good to know that silicates can be both in liquid form and in solid state (powder or granules). Those typically used in the construction sector are:

Also commonly called waterglass, it is widely used in the shotcrete technique, also called spritz-beton. You can use it to produce accelerator admixture for concrete, or - mainly in a powder form - a "crystallization" additive. In its pure state it is not suitable to be used directly on concrete surfaces, because it tends to carbonation: that is to react on the surface with CO2 to form a white compound. Furthermore, its reaction in these cases is reversible to water, that is, if wet for a long time, it returns to the gel state. Sometimes reverting to gel state can be useful in horizontal surfaces in case of microcracks that can appear later; however, it is an undoubted disadvantage in waterproofing underground vertical surfaces.

Often the waterglass is modified by adding other chemical compounds, to promote its penetration into the concrete or to avoid carbonation (i.e. the fact that it becomes "white" on the surface). The modified silicate can, therefore, be used as a hardener or consolidating treatment in concrete floors, as an anti-acid protective for biogas tanks and the agricultural world in general, as a total waterproofing agent for drinking water tanks, black water, underground, concrete pipes, bridge decks, etc. If suitably modified, it has excellent anti-evaporation properties (concrete curing). There are various proprietary "formulas" to modify the silicate; choosing the right version is essential for the effectiveness and durability of the treatment over time.

It is used, particularly in the European area, as a base for paints. It has the advantage that it is not subject to carbonation, and therefore generally has a better behaviour in the presence of pigments. It mineralizes with the portlandite of the plaster, forming waterproof and water-repellent compounds. Its high durability as a paint makes it privileged in the painting of external walls.

Lithium is a smaller atom than sodium and potassium. Therefore it can better penetrate the cement matrix of the concrete. Due to its small size, it is less efficient in saturating the concrete pores and thus to effectively seal the substrate. It is used only on industrial concrete floors, but generally at concentrations that are not sufficient to match the performance of other silicates. Lithium is a highly sought-after metal, and its cost on the raw material market is much higher than that of sodium and potassium. (up to 20-30 times more).

What do silicates do?

The best-known properties of silicates in the building sector are that of waterproofing, resisting chemical attacks, consolidating / hardening and making materials resistant to fire.

When applied to the concrete or plaster substrate, the silicates mineralize by binding with the other silicates or with alkaline metals present, forming a microcrystalline and transpiring structure. The silicates become an integral part of the substrate to which they are applied: for this reason they differ from other surface treatments or paints which instead form a film over the concrete or the plaster. Silicates are alkaline, and thanks to this property, they inhibit bacterial growth and reduce the carbonation of cementitious materials (not to be confused with the carbonation of silicate itself, seen above). They have excellent anti-corrosive properties.

Outside the construction field, silicates are widely used for the most diverse uses: from the historical method of preserving the eggs, to injections into the ground to stem radioactive waters after the nuclear disaster of Fukushima in Japan.

Which silicate to choose?

If we are applying over a concrete surface, let's start by saying that a CE mark is mandatory, according to the UNI EN 1504-2 standard. This European standard "Products and systems for the protection and repair of concrete structures - Surface protection systems for concrete" also applies to floors, and is somewhat restrictive concerning the minimum performance required for the product.

The modified sodium silicate version is undoubtedly preferable among silicates: it is more compatible with the pore volume present in concrete, and it is the one that is best able to saturate and bond with the cement matrix.

Suppose we are protecting a floor, and we want a glossy effect. In that case, we need to choose a sodium silicate with low penetration, or a lithium silicate mixed with an acrylic resin so that the silicate remains on the surface. We can then obtain the desired result through mechanical processing (low-speed buffer). We should consider that over time the continuous use of some passages or lanes of the floor could make some parts shinier (or less shining) than others and thus frustrate the aesthetic effort.

If, on the other hand, we want to shift the focus on the protection and durability of the treatment, especially on outdoor concrete, then it is necessary to choose a modified sodium silicate with high penetration in the substrate, which does not require other surface protective treatments.

Regarding the treatment of concrete with lithium silicate, we should consider that many lithium silicate products are mixed with other types of organic products (e.g. resins) to reduce the amount of lithium used. Thus betraying the philosophy of silicates and abandoning some properties that I believe are fundamental. To find out which lithium silicates are sufficiently "good", I suggest checking the CE marking. Ask for the Declaration of Performance; it must contain the CDP number and the name of the body that issued it: watch out from smoke and mirrors!

If instead, we are applying over a plaster surface, potassium silicate has proved to be excellent as a consolidant/hardener and as a base for paints.

Not everyone knows that...

We can distinguish silicates because of different molar ratio, which makes the range widely variable and versatile. Two sodium silicates, for example, can have different uses and properties depending on the molar ratio.

In the field of conservative restoration, ethyl silicate is also widely used for the consolidation of stone. It is an organic compound, unlike the silicates presented which are completely mineral and therefore inorganic, and is easily flammable. Ethyl silicate is taken into little consideration in traditional construction due to his temper and the fact that the application requires experience and specialization.

Silicate is also used effectively in the protection of wood, both to significantly increase its fire resistance characteristics and to harden it and protect it from atmospheric agents and decay. Take a look at this video (in italian language).

Silicates are particularly environmentally friendly and are totally mineral. The COD and BOD environmental indicators are both zero.

The so-called "microsilica" are very useful products in the construction field but have nothing to do with the silicates described here. 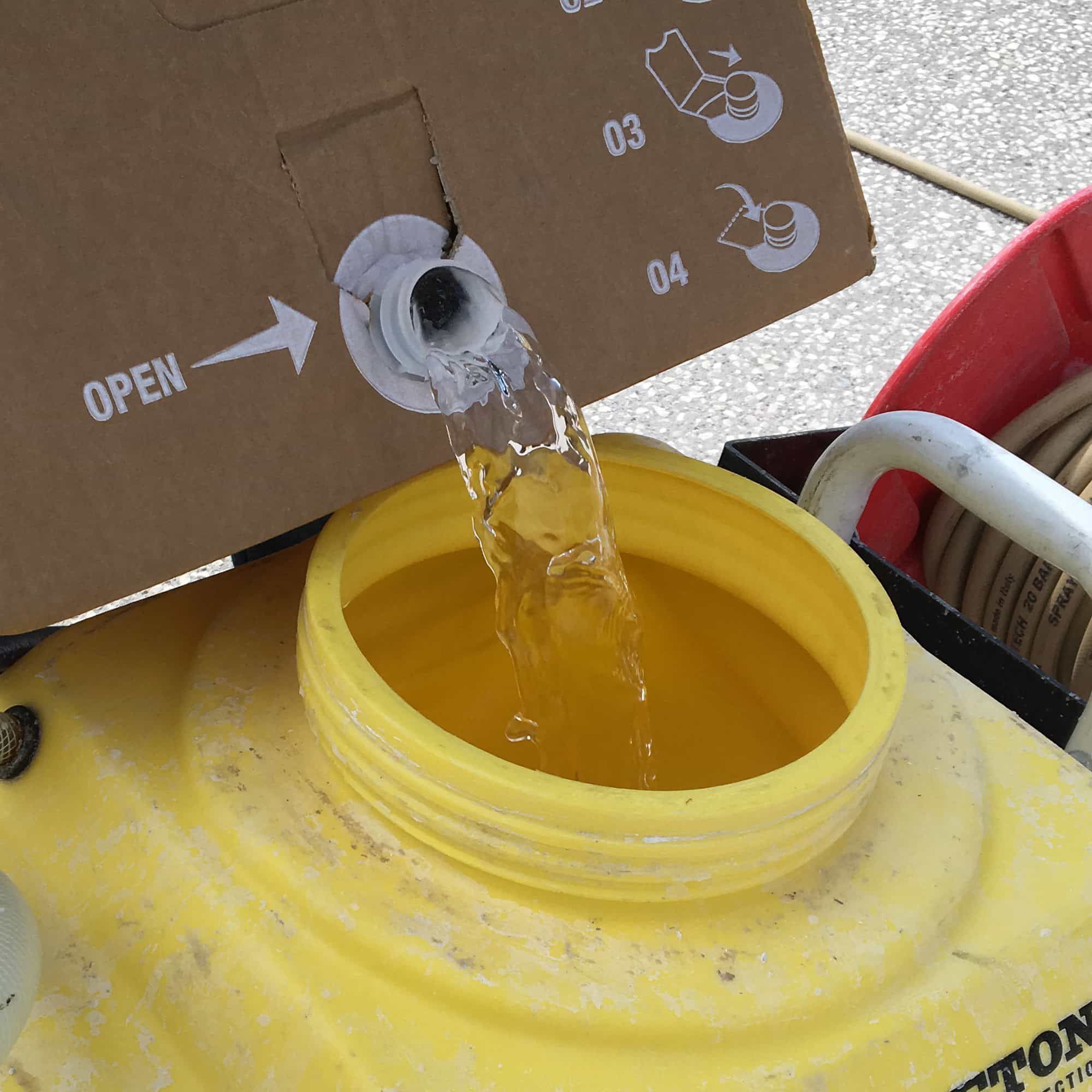